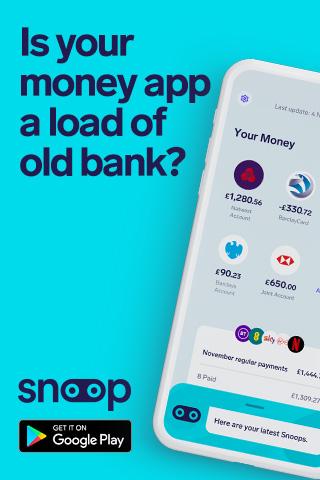 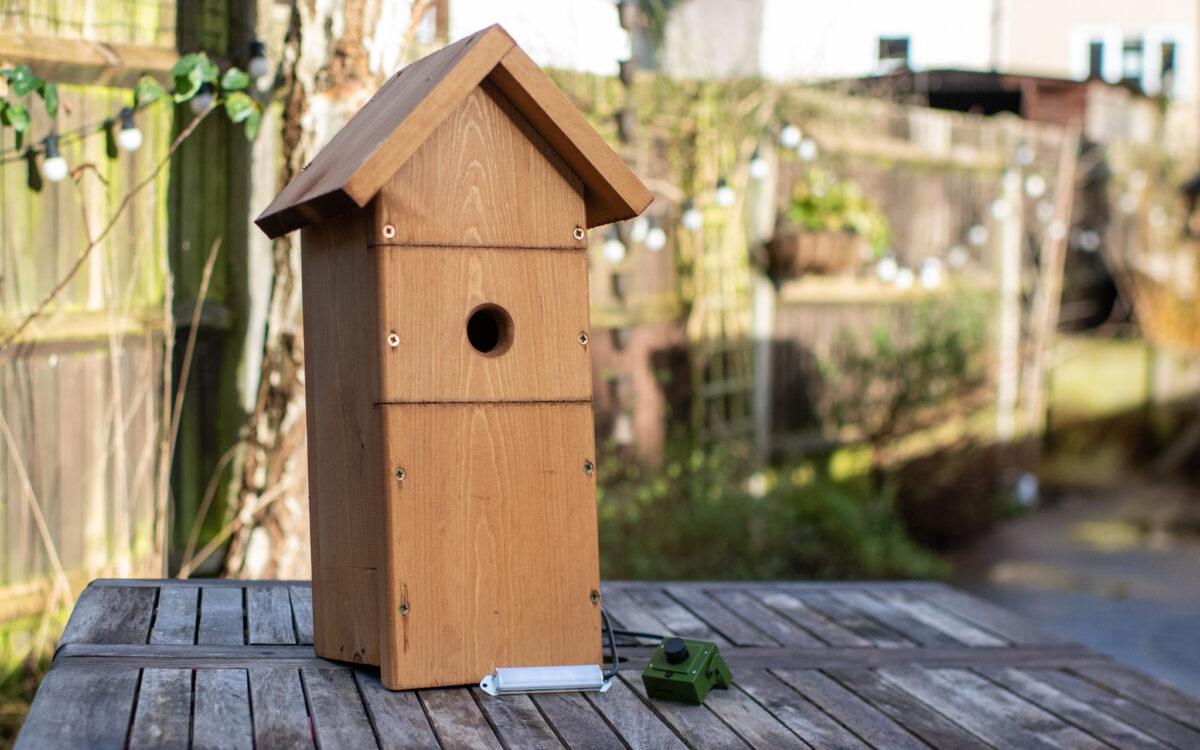 The camera is pretty impressive, in a robust metal chassis (which they point out isn’t waterproof) with a small external wifi antenna produces a very sharp and crisp 1080p HD picture.

The camera is mains powered, and a splitter in the wiring loop means you run one cable powers both the daylight sensing LED and the camera, and you get a decent 10m extension cord. Initial setup of the camera is via an app – their own Green Feathers app was android only at the time I got mine, but it can also be configured TuyaSmart. However I only really needed to use this to configure the camera to connect to my wifi network.

Here’s a couple of test snapshot images taken from the bird box camera (obviously no one has moved in yet).

You can view a live feed from the camera in the app and there appears to be a micro SD slot for storing recordings. But once some little birdies take up residence in the box it’s against the law to disturb them, so I’m not sure how accessible that feature would be.

Integrating with my home network

However, my home network has a Synology Network Attached Storage (NAS) tucked away on it, and that comes with a feature I’ve not been using yet that works brilliantly with this camera.

There’s a package on the NAS called ‘Surveillance Station‘ which is designed to work with a small to medium CCTV setup. You get a license to add 2 cameras for free with the NAS and I’ve not been using it before. As well as allow you to monitor multiple cameras it does clever things like motion sensing recording and alerts you via email if movement is detected.

Adding a Camera to Surveillance Station

Once Surveillance Station is installed on your NAS, you simply need to launch the app, Select the IP Camera icon, and add the details of your bird box camera.

Setup was easy – I just had to manually add the streaming URL of the camera (after giving the camera a fixed IP address) and the Synology NAS was able to see it.

I made a slight adjustment to recording preferences based on motion event detection to capture more time before movement is noticed. I now have a setup where I’ll never miss any action on the camera – it will all be recorded!

The other thing you’ll want to do here is make sure your NAS can send email notifications. I had this setup already as part of my ‘Disk Station Manager’ config and I simply turned these on for Surveillance Station. This means I get an email with a screen shot from the live feed showing me what was detected.

And I can also watch the bird box camera stream nativly on my tele! Adding the CCTV Viewer app to my Apple TV (which was just £2.99 at time of writing) I could manually configure the streaming URL for the camera. This gets me the live feed. And if I want to catch any of the recorded action I can do this on my laptop or via the Synology DS Cam app on my phone.

So now whenever I want to see what’s going on live in the bird box (which at the moment is not a lot) I can just pop it on the tele…and I’ll never miss a moment because any motion will trigger a recording and an email alert.

So like I said at the beginning, a pretty high tech birthday present. Just patiently waiting for some little birdies to move in now and make it their home after I fix it to the wall.

Maybe I’ll turn it into a YouTube Live, or Twitch stream next 😉 But I promise to update this post if anything exciting happens. 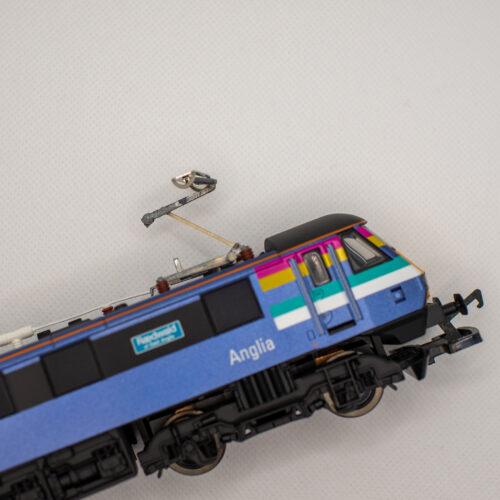 Repairing the Pantograph on Hornby Class 90 from 2004 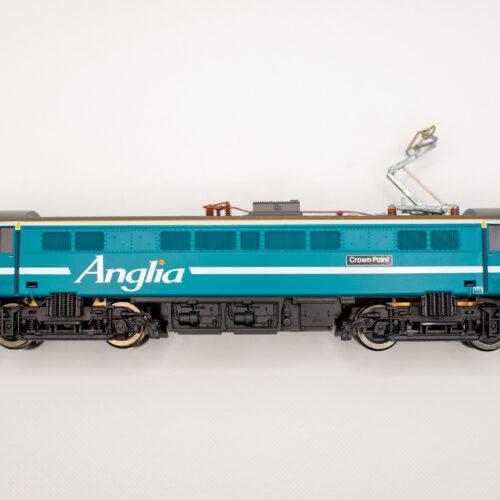